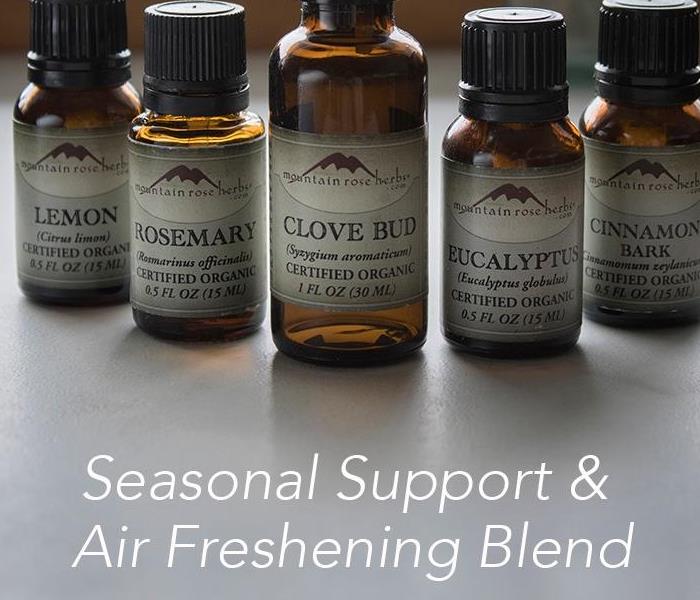 A lesson in Plague History from SERVPRO of TRACY. Call us for your modern sanitation and cleaning needs. 209.834.0200

During the dreadful years of the Black Death, a few people found the way to survive the plague that was decimating the population. Among the more colorful of these were four thieves from Marseilles who while plundering for treasures protected themselves with garlic and a concoction of herbs extracted in vinegar. The tale is a fascinating exploration of herbal lore, but there are so many versions of the story that it is up to you to choose which to believe.

Nostradamus, 1503-1566, was a famous doctor and prophet who not only survived the plague but cured many others with what came to be known as the famous "rose petal pills." In fact, we do not know very much about the lozenges. They might have included rose hips, a rich source of natural vitamin C, as well as sawdust from green cypress, iris of Florence, cloves, odorated calamus, and perhaps some lign-aloes. Nostradamus owned a perfume manufacturing enterprise, which in his time meant distillation of plants to make essential oils. People who worked in these facilities did not succumb to the plague . . . and we are just now emerging from our skepticism in such a way as to enable us to understand what is so effective about these highly concentrated aromatic oils.

This formula is so popular in herbal circles that some people have organized "Four Thieves" parties where groups of people produce big batches of the formula during times of epidemics. There are, as one might imagine, many versions of the formula, all, of course, claimed to be authentic.

The famous French aromatherapy doctor, Jean Valnet, has two recipes in his book. He claims the original recipe was revealed by corpse robbers who were caught red-handed in the area around Toulouse in 1628-1631. His story is the more credible of the many one can find. Given the virulence and deadliness of the plague, the judges were astonished by the indifference of the thieves to contagion. Valnet quotes the archives of the Parliament of Toulouse:

During the Great Plague, four robbers were convicted of going to the houses of plague victims, strangling them in their beds and then looting their dwellings. For this, they were condemned to be burned at the stake, and in order to have their sentence mitigated, they revealed their secret preservative, after which they were hanged.

Given the source, I choose to believe the Valnet account, but there have obviously been many spins of the tale. Here is the recipe stated to be the original:

Dr. Valnet has a variation of his own described as an antiseptic vinegar:

10 g.camphor (do not use synthetic camphor)

Instructions: steep the plants in the vinegar for 10 days. Force through a sieve. Add the camphor dissolved in the acetic acid, filter.

Valnet says this remedy, i.e., his formula is useful in the prevention of infectious diseases. He says to rub it on the face and hands and burn it in the room. It can also be kept in small bottles that are carried on the person so that the vapors can be inhaled.

Dr. John Christopher had a slightly different story and a variation of the formula that is clearly American, not French. His "Four Thieves" story is that there was a man named Richard Forthave who developed a remedy for the plague that was marketed under his name, a name which was corrupted to "Four Thieves." There might indeed have been grave robbers who used this remedy to protect themselves while they divested corpses of treasures they would no longer need. The King of France had the thieves arrested and they bought their freedom with the remedy they had been using. Thus, the remedy did not fall into obscurity and has been used for centuries since to protect against contagion.

*Due to new restrictions on comfrey for internal use, it is suggested that slippery elm be substituted for this ingredient.

How to make the concentrates:

Each concentrate should be made individually. Start by soaking the herb for four hours or more in enough distilled water to cover it completely. After soaking, add more distilled water so that the total added equals 16 oz. (.5 liter) water per 4 oz. (113 grams) herb. Use a multiple of these amounts for a larger quantity of formula. Using these amounts approximately one gallon (3.75 liters) of the formula will be produced.

After adding the appropriate amount of distilled water to the soaked herb, simmer the herb on very low heat in a covered pan or double boiler for thirty minutes. Then strain the liquid into a clean pan. Put the liquid into a double boiler or on very low heat (uncovered) and simmer (steam) it down to one fourth of the original volume (4 oz. 1256 ml). Only after all ingredients have been prepared should the liquids be mixed.

Do not use aluminum, Teflon, or cracked porcelain. Glass, corning ware or stainless steel or whole porcelain are best.

Here is another version, much simpler to make, offered by one of my colleagues, Karen Vaughn, Licensed Acupuncturist and Herbalist.